The use of the word Xmas for Christmas has flamed many debates. Clear all your doubts by steering through this piece.
Christmas » Christmas Symbols » Xmas

Do you get confused when someone replaces Christmas with the word 'Xmas'? Many people debate on whether reciting Christmas as 'Xmas' is correct or not. Further, there are many people who criticize the usage of the abbreviation 'Xmas', undertaking some kind of irreverence against Christianity. For someone who has a weak hand at history, may surely dive in this dilemma. Some also have a myth stating that Xmas is disrespectful to this holy festival. However, the origin of this word denies the myth as in Greek, the word 'Christ' is known as Xristos. Therefore, the letter 'X' is used as a religious symbol. The 'X' has a Greek origin as they call 'X' for 'Chi', while 'mas' is derived from the Latin language. Europeans were the first one to use this word in around 16th century. Later, people, who did not know Greek, took it in the wrong sense where in fact, 'Xmas' is just a common abbreviation of Christmas. Today, it has become the most popular and endeavored Christmas symbol globally. 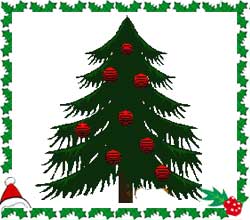 In the 14th century, several printing presses started using many abbreviations including that of Christmas. 'Xmas' is condemned by the modern writing styles guidelines. It is not derived in response to the modern style; studies indicate that the Oxford English dictionary documents back in 1551 too used this short form in place of 'Christmas'. Considering the same, the abbreviation must have been in existence even before the year 1551. Gradually, people began to use this abbreviated word as a holy sign and agreed that there is nothing wrong with the usage of the letter 'X'. In the year 1910, 'Xmas' was also used on Christmas postcards. If one goes back to the history, the use of the letter 'X' can be found in several manuscripts of the New Testament, ancient Christian arts, and widely in the old English language much before 100 AD. Also, numerous ardent believers used the same abbreviation for Christ. According to Gration, 'X' was used as an initial of Christ before the first century.

Therefore, 'Xmas' is a beautiful abbreviation of reciting Christmas in the other way. It was not only used widely in the past but also has a holy meaning in Greek. With the passage of time, today, this abbreviation has become an important Christmas symbol. Most of the people, especially youngsters, love to recite and write Christmas as "Xmas". Apart from all the holy values and meanings it carries, people find the abbreviation an attractive and easy way to write Christmas. Debating on this mere abbreviation shows absence of understanding of heritage and history.