When is Christmas Celebrated?

Christmas is one such festival, which has a global significance. It is truly a global festival. Although the customs, traditions, food and even calendar associated with it varies from place to place according to the climate, culture and food habits of a particular place but the spirit of the festival transcends all such differences. The message behind the celebration cut across all the geographical and man-made barriers. It is possibly the most popular Christian holiday. The Christians all over the world celebrates the festival with the same enthusiasms and zeal irrespective of their social status. Christmas has evolved as a secular celebration in the world. It is 25th of December, which is celebrated as the Christmas day all over the world. There may be some differences in dates in certain places due to differences in culture and traditions but mostly it this day of the year, which is celebrated as Christmas worldwide. In Northern Europe, pre-Christian symbols of spirit worship have become Yuletide standards, such as the Christmas tree, mistletoe, holly, and ivy. Other rituals such as stringing Christmas lights, exchanging gifts, even burning the Yule log are traditions that can be traced back to the ancient Roman celebration of Saturnalia and various winter solstice rituals. Even in societies where Christianity is not the dominant religious belief, Santa Claus has become the reason to celebrate the festival. Most of the rituals and customs associated with the festival has almost become a part of everybody's life celebrating the festival. 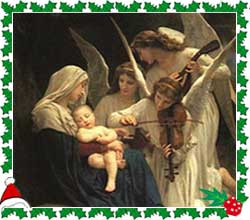 There are certain confusions regarding the dates of Christmas calendar adding further to this seeming calendar of confusion, no one knows the exact date of Christ's birth, the first mention of 25 December as the birth date of Jesus occurred in 336 A.D. in an early Roman calendar. History tells us that the celebration of 25th December as the birth date of Jesus's was probably influenced by Pagan festivals held at that time. The ancient Romans held year-end celebrations to honor Saturn, their harvest god; and Mithras, the god of light. Various peoples in northern Europe held festivals in mid-December to celebrate the end of the harvest season. As part of all these celebrations, the people prepared special foods, decorated their homes with greenery, and joined in singing, dancing and gift giving. These customs gradually became part of the Christmas celebration. For over 300 years it was a movable feast since early Christians tended to celebrate Christmas in conjunction with Hanukkah, attempting to mesh the old Julian and Hebrew calendars. Pope Julius I set 25th December as the date on or about 336 A.D. in an effort to provide continuity from year to year and to counterbalance the various other pre Christian festivals competing with the spread of Catholicism. Although many of the Orthodox or Eastern Rite Christian churches have celebrated Christmas on December 25 since the middle of the fifth century, some chose to keep their festivities on the traditional date of January 6 or 7, known also as the Epiphany. Whatever may be the date or the practices associated with it, Christmas continues to be the most universally celebrated festival around the globe, transcending culture, language, and even religious beliefs. Regardless of the reason to celebrate the festival. Irrespective of the day it is important to live up to the spirit every day of the year.