This is the history behind the celebration of Christmas. The article tells you the significance behind its origin.
Christmas » The History of Christmas Celebration

The History of Christmas Celebration

Christmas is one of the most important and popular festivals celebrated by Christians across the world. Christmas occurs on 25 December every year to commemorate the birth anniversary of Jesus Christ, who is believed to be the central figure of Christianity. Although, the main Christmas festival is observed on December 25 but the spirit of festivities begin right from December 24 (Christmas Eve) up till January 1 (New Year's Day), thereby making it a long holiday season. The most delightful traditions of this day include celebrations, decorations, Christmas trees, gifts, and the lavish Christmas dinner. This is the modern look and view of Christmas, but Christmas celebration has a huge significance that takes one back to its history. Christmas is a modern English word which has evolved from Old English word 'Cristes Mćsse' meaning the 'mass of Christ'. 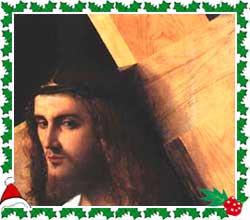 The history of Christmas share its roots back to about 4000 years when various customs and traditions associated with the festival of Christmas were observed centuries before the birth of Jesus. Although the exact day of Christ Child's birth was never clear but legend has it that Christmas is being celebrated since 98 A.D. In 137 A.D., the Bishop of Rome declared the birthday of Christ Child to be celebrated as a solemn feast. However, many renowned historians state that Christmas celebrations began as early as in 336 A.D. in Rome, while another Bishop of Rome, Julius I, chose December 25 as Christmas. Since then, this day got popularized as Christmas around the world as evolution of Christianity took place rapidly. However, many traditions and customs followed during Christmas celebrations trace their history from some of popular festivals celebrated by early civilizations that gave way to Christmas.

Mesopotamian: New Year
Mesopotamians believed in many gods, mainly in Marduk. It was believed that Marduk would battle with monsters of chaos during winters and to assist him in the battle, they celebrated a 12-day festival called "Zagmuk". Many historians indicate that the 12-day celebration of Christmas is derived from here.

Europeans: Winter Solstice
In pagan times, early Europeans believed in evil spirits, witches, ghosts and trolls. On the arrival of Winter Solstice, nights became longer and days shorter. So, they used to perform special rituals and celebrations in the hope of the sun coming back soon.

Scandinavia: Yuletide
In Scandinavia, during the winter months, the sun mostly disappeared for many days. After 35 days of long sunless days, when the first ray of sun was sighted, a great festival was held called Yuletide and was marked by the lavish Yuletide feast. The special feast tradition is believed to be involved in Christmas celebration from this tradition.

Roman: Saturnalia
Ancient Romans used to celebrate their festival, "Saturnalia" which began in the middle of December and concluded on January 1. The celebration included masquerades on streets, big festive meals, visiting friends, and exchange of good-luck gifts called Strenae. The church eventually was successful in taking accepting merriment, lights, gifts from "Saturnalia" festival, and merging them with the celebration of Christmas.