Christmas is one of the most significant festivals in the Christian calendar that is marked with much gusto and gaiety across the world. This holy occasion commemorates the birth anniversary of Jesus Christ and hence, is observed with immense devotion and religious fervor. Christ is regarded as the son of God and founder of Christianity. For this reason, Christmas is deemed to be the most auspicious and joyous days in Christianity. Christmas is all about peace, harmony, merriment, and joviality. There are many customs and traditions followed by different countries that vary according to different ideological beliefs followed there. However, the main motive of this holiday for everyone is to have fun and spend memorable time with families and loved ones. 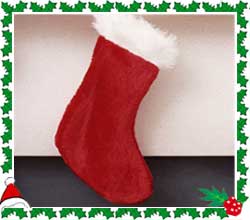 Some common practices observed during Christmas season include Christmas decorations, Christmas gifts, Christmas trees, and last but not the least, traditional Christmas dinner. Although it is a Christian festival, but due to globalization, this festival of joy is gradually gaining worldwide recognition amidst non-Christians as well. Therefore, Christmas has broken all the religious boundaries and has taken a global stature. Some fun-filled activities observed during this festive season are participating in masses, offering prayers, attending special Church services, singing carols, sending wishes, and organizing plays. Talking about Christmas celebrations, there is no better way than reciting beautiful Christmas poems to enhance the festive feel of Christmas.

Christmas poems have been a part of Christmas traditions since ages. These Christmas poems have been written by renowned poets over many centuries. The primary content of these poems is about traditions, history, divinations, and origin of Christmas. Whatever be the subject of the poems, but all of them induce a sense of delight in the festivities. "Nativity" is one of the famous old Christmas poems that was written by 1572 born poet, John Donne. However, another most memorable and notable poem "The night before Christmas" (later known as "A Visit from St. Nicholas") came into existence in the year 1822.

According to history, this delightful poem was penned by eminent poet and writer of that time, Clement Moore (1779-1863), who wrote this poem on the eve of Christmas for his family in 1822 without any specific intentions of publishing it. But on hearing about this funny poem from his children, his friend Miss Harriet Butler copied the poem and gave it to the editor of Troy (New York Sentinel). The poem got published in newspaper on 23 December, 1823 and was an instant hit. The poem described the story of Santa Claus, flying around on his sleigh with eight reindeers and climbing down chimneys. The story of that poem eventually became inseparable from Christmas and has forever been woven into the very idea of Christmas.

Spice up the Christmas festive spirit using these famous Christmas poems listed below: