The real celebration time in Europe begins with the arrival of Christmas, one of the most holy festivals of the Christian community. Great Britain experiences a magical festive season during Christmas, bringing together all the family members and friends under one roof, sharing infinite love and emotions. Lively Christmas music, tree embellishing, endless shopping, singing carols, and visiting beautiful churches - Christmas in Britain is simply marvelous. England celebrates the spirit of this festival traditionally. Till date, the towns and villages continue to carry out the mummering custom of middle age during Christmas. Here, people, known as mummers, wear masks and perform Christmas plays. Father Christmas, wearing a long red or green robe, drops gifts for people in the stockings on Christmas Eve. These gifts are generally unwrapped after the following afternoon only. Families visit the local church and sing carols by the beautiful lit candles, apart from decorating the entire house following complete customs and rituals. 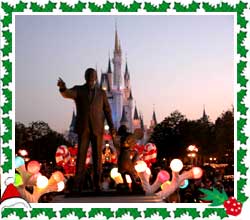 England began celebrating Christmas in 596 A.D., after the landing of St. Augustine on her shores. She was accompanied by monks who wanted to introduce Christianity amongst Anglo Saxons. In the Victorian period, Father Christmas and Christmas cards were added as a major attraction of Christmas. Christmas stockings became a wonderful traditional part of British Christmas. Families buy beautiful stockings in different sizes and hang on their respective Christmas trees. On the night before Christmas, Father Christmas is believed to come and drop gifts for children in these empty stockings. The children get overwhelmed on sighting the stockings filled with attracting gifts. In England, in the commemoration of St. Nicholas, they elect mock boy bishops. They are allowed to perform ecclesiastic duties, except delivering the mass. On the next day after Christmas, known as Boxing Day, boys roam around to collect money in clay boxes which they break after it is completely filled with money. Since then, this tradition is celebrated in England and still prevails.

Amazingly, the Christmas dinner is eaten during daylight at around midday on 25 December. Earlier, people used to eat only frumenty (thick wheat porridge) a day before the festival. Gradually, the recipe got altered by adding eggs, fruits, spices, lumps of meat, and dried plums. These ingredients are mixed and wrapped in a cloth to boil, making a plum pudding out of the same. Although Christmas time offers a multi-cuisine menu but the traditional dinner in England includes roast turkey with vegetables and sauces. The dessert boasts of rich, fruity Christmas puddings, accompanied by brandy sauce, mince pies, and pastries filled with several dried fruits. The houses and Christmas tree are decorated stunningly. Christmas in England is a joyous time to experience ultra excitement, extravagant colors, delicious recipes, sparkling lighting, and endless liveliness.